Last year I bought a new larger greenhouse (lwh: 6x4x2.8m). Currently it looks like this: 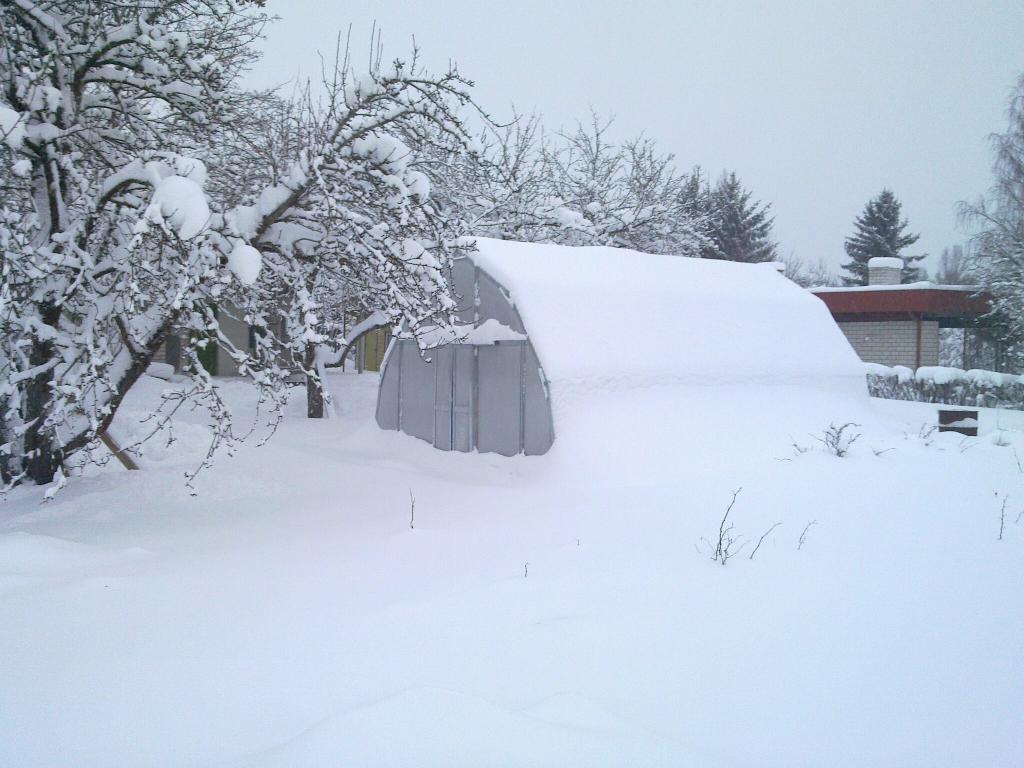 Which means that I don’t have to deal with actually growing things at the moment and now is a good time to make preparations for the next season.

My ideal is to automate it as much as possible, so first I will try to automate the obvious things like watering and ventilation. In the future things like heating and growlights might be added too.
I have spent several weekends on that project with my friend Kalle who helps me on the electrical engineering front and finally we have something that more or less works.

The current solution consists of controller board & sensor board in the greenhouse. Controller is run by Arduino and controls 220V power outlet & gathers information from various sensors. Bidirectional datalink with the house is done over ZigBee radio. In the house I have a Beagleboard which logs data, draws nice graphs, serves these over the internet and can control Arduino. 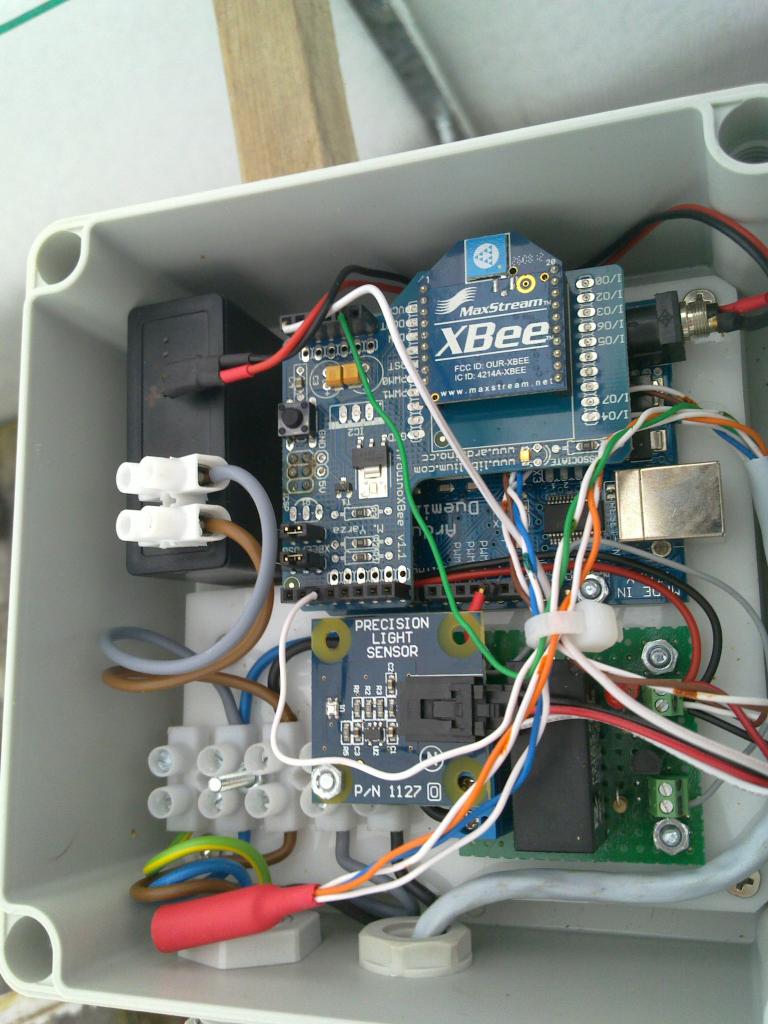 Some of the Arduinos IO pins are connected to the CAT5 cable that runs to small external sensor board: 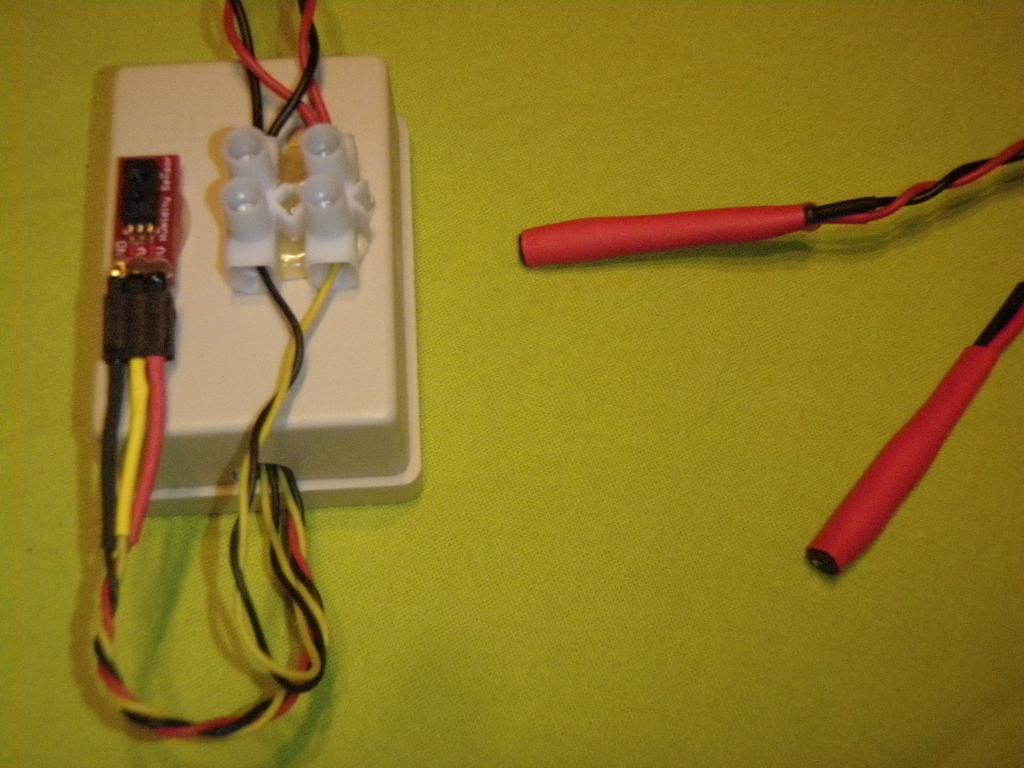 The sensor board has following sensors connected to it:

The sensors and connections are protected from the environment mainly by having them covered by a thick layer of hot glue.

First version of the sensor board used LM35 analog temperature sensors which were nice and easy to interface with but thanks to their analog nature were rather sensitive cable length and small voltage flux on the Arduino that was caused by the relay switching and other sensors. Besides LM35 outputs negative voltage for temperatures below 0 deg. C which you can’t measure in a direct way from Arduino.

I haven’t had time yet to document the schematics & connections but for similar well documented project you can take a look here and here.

And here’s how it’s currently “installed”: 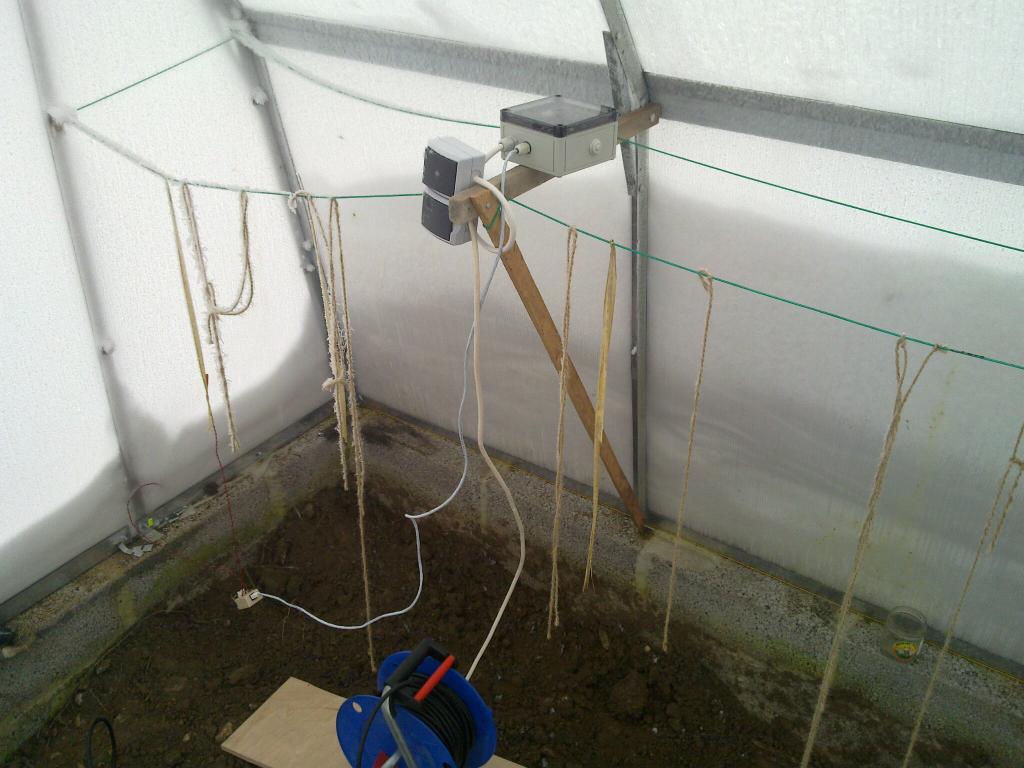 The power socket/switch that you see right next to the controller box is meant for the water pump and switch is used to override Arduinos decisions if need be.

Software wise things are quite simple at the moment – controller periodically gathers data from all the sensors and prints them in a line similar to:

Where letter indicates sensor type and number is determined by the position. Since the arduinos serial output is really connected to the ZigBee module I can just read it from the other side of the radio link as though the devices were directly connected with serial cable.

So the code running on Arduino is just this:

And on the Beagleboard it’s even simpler:

Here’s some sensor data from today: 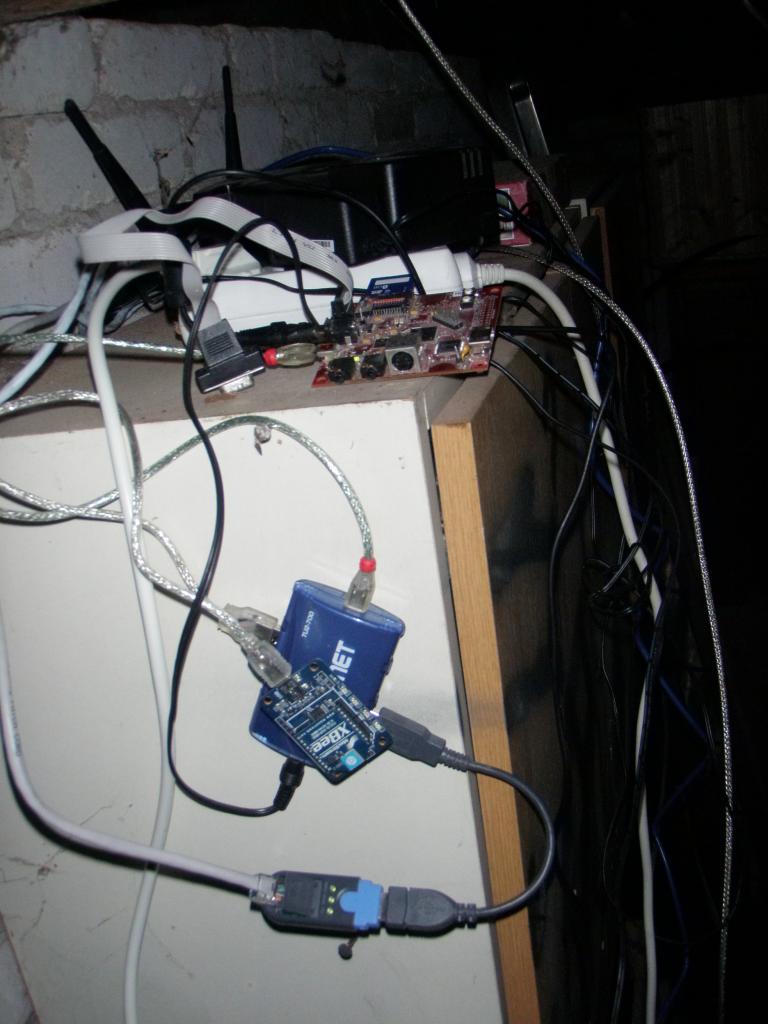 Actually getting the Beagleboard working in a suitable manner turned out to be the most complicated part of the whole project. It took 3-4 days in total over a month or so while I reinstalled different distributions, replaced broken SD card, tried more than 10 different versions of the kernel and u-boot and finally removed a capacitor from the Beagleboard to get it stable. Hopefully I will write a separate post about that in the near future 🙂

5 thoughts on “beginnings of greenhouse automation”