To my great surprise it turns out you can nowadays get an RFID reader with 2 tags for somewhere between 7$ and 10$. Better yet, interfacing these to Arduino is well documented and several libraries are available for that purpose.

My friend who bought a couple of these asked me to see if I can read the tags directly from a Linux based ARM board (for example Raspberry Pi). It turned out to be rather easy as long as you aren’t interested in anything but the ID of the card. This can be done using rpi-rc522 library (NOT written by me). It sadly currently lacks any documentation or a Makefile so here are my notes on how to get it running.

First you have to connect the rc522 and RPi over the SPI interface. It will look something like this: 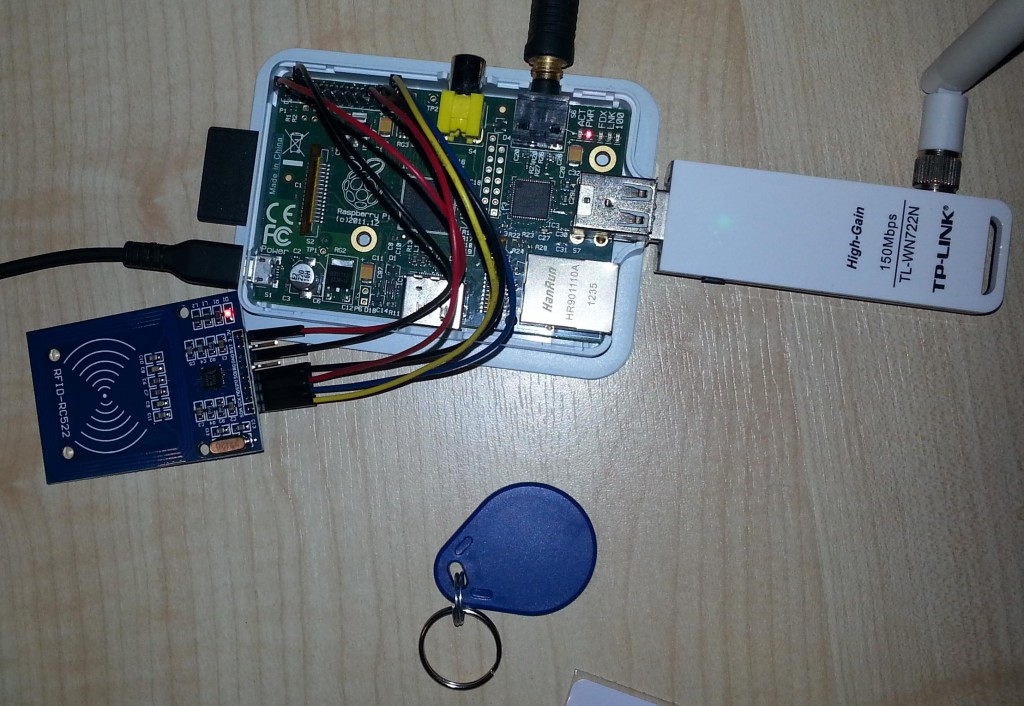 Then you have to install the bcm2835 library. Assuming that you have gcc and other essential development stuff already installed you can achieve it this way:

After that you can compile and run the rpi-rc522 with the following commands:

You should see tag IDs in the output of the program as they are read. You can put these into the /etc/RC522.conf file and map each ID to a specific command to run there.

One thing that has bothered me for quite some time about my beagleboard home automation “server” is that the various USB dongles that use the USB to serial interface show up under random ttyUSBX device names on each reboot.

So I finally got around to writing couple of udev rules that would create necessary symlinks that will always point to the correct device.

First let’s see what devices are attached to the USB bus:

Currently this system only has two usb-serial converters attached, but both have the same ID so we have to use something more specific in order to distinquish between the two.
One way to get see what parameters are available is with lsusb -v but we will go with udevadm which gives output in a format that can be directly copy-pasted to the rule file.

As the message at the beginning of the output tells us we can use parameters from the child and one of the parents in the rule.
So assuming that I have somehow determined that at the moment device /dev/ttyUSB1 is a Plugwise dongle and I would like to create a symlink
/dev/plugwise for it in the future would lead us to the following udev rule:

So lets create a configuration file for it and restart the udev:

Based on a similar process the other device will get the following rule: