As mentioned in my last post about cheap Chinese wireless temperature/humidity sensors, one of the three devices that I ordered was broken. It did show correct values on the local screen but no messages were seen over the radio link.

I decided to open it up to see if there’s anything obviously wrong inside. Here’s how the internals looked like: 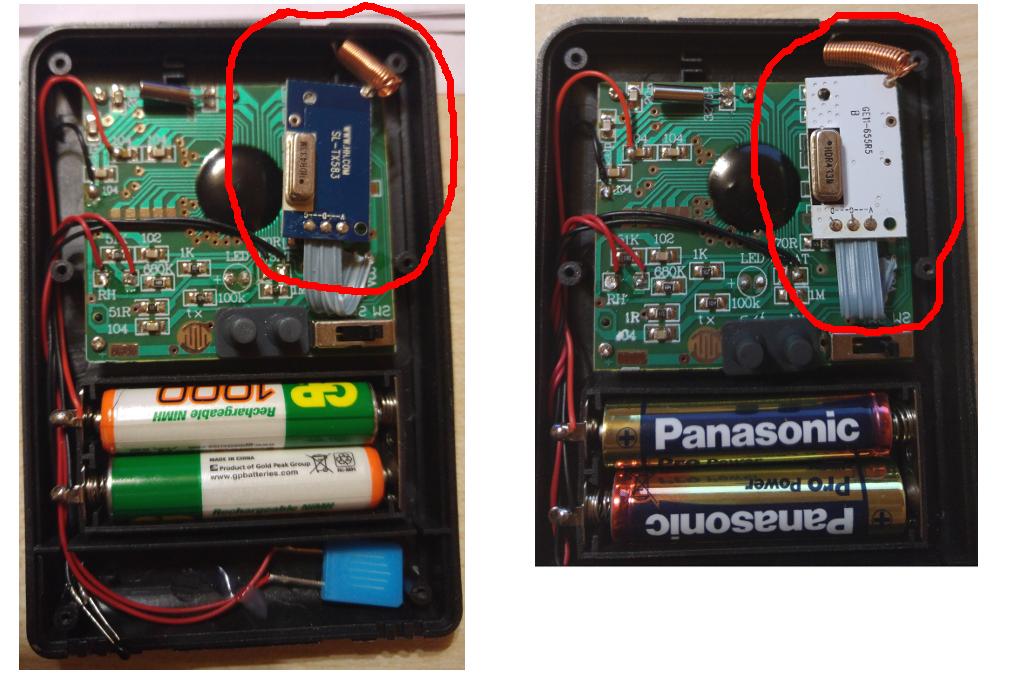 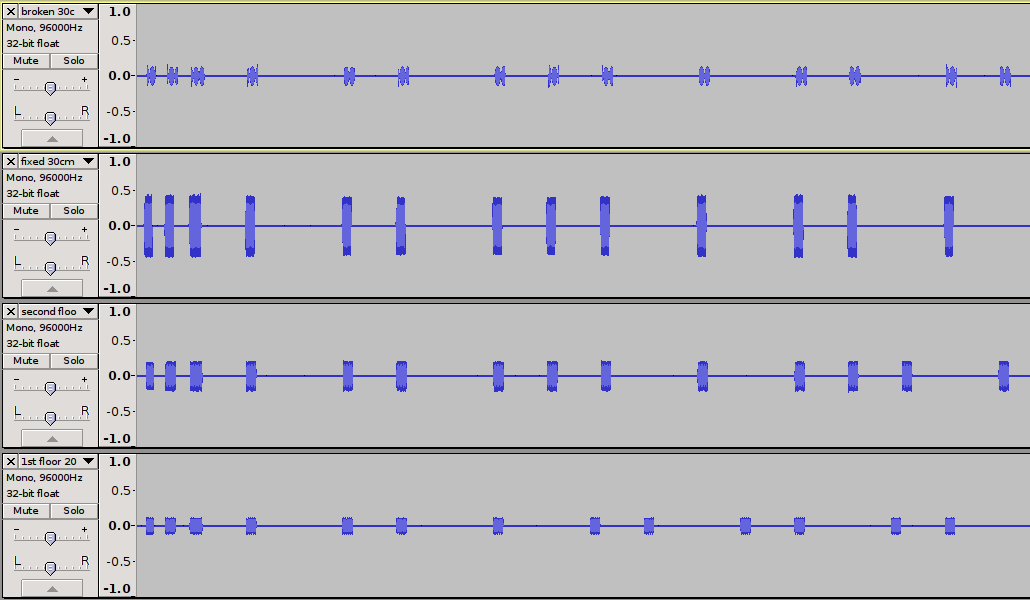 As we can see the broken signal is rather unstable and can’t hold stable high.
It looks even more interesting when zoomed in: 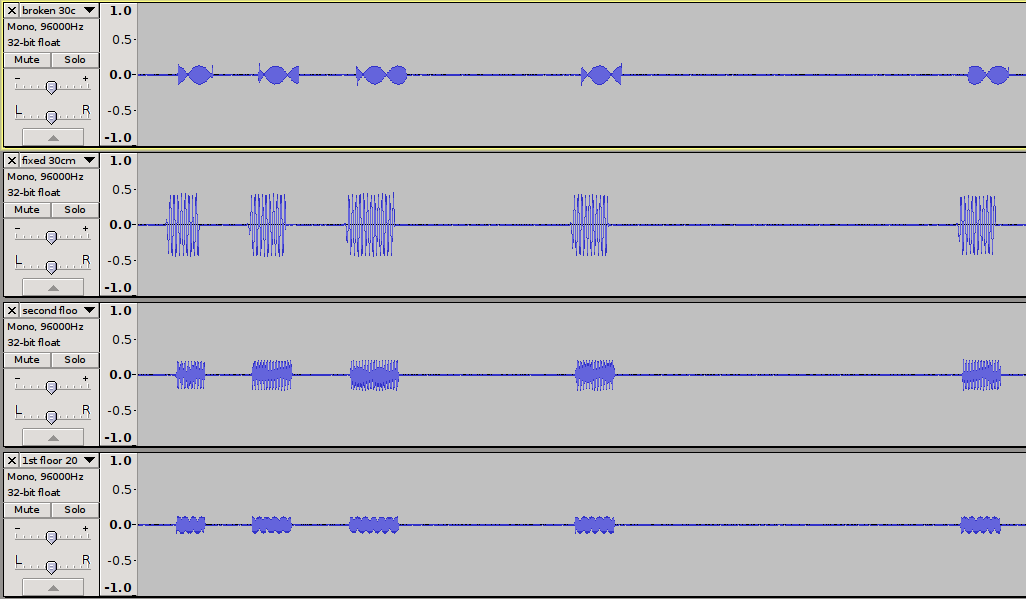 Here’s how the sensor looks with the replacement radio module: 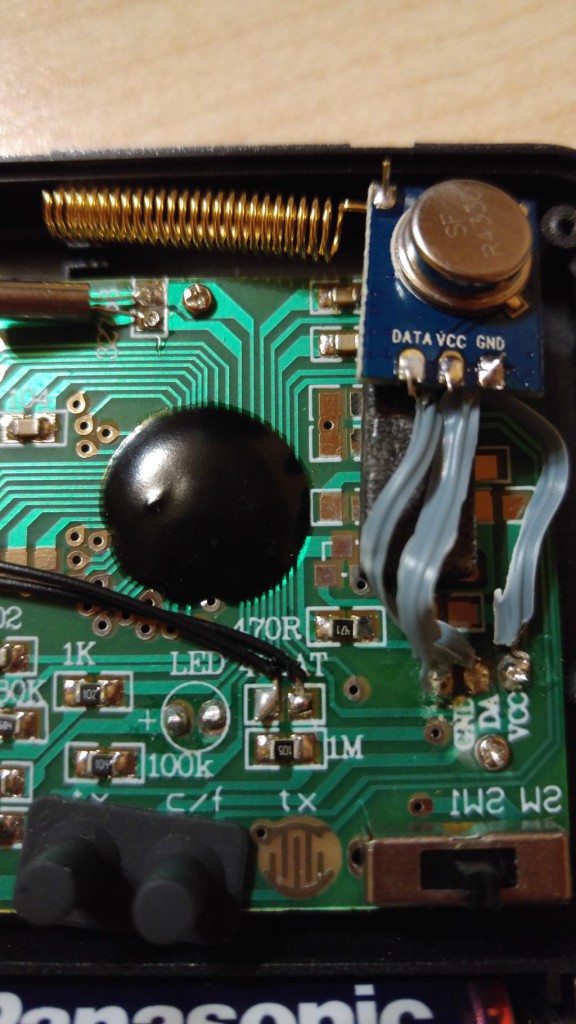 The fixed sensor works rather well, the signal is clear from ~20m away through 2 concrete floors.