A while ago I moved into new house that happens to have almost 1ha of mowable land which has proven to be a great motivator to start building an autonomous lawn mower.

Of course there are many commercial robot mowers available off the shelf so why didn’t just buy one?

First of all that wouldn’t be neither fun nor educational but it also seems to cost an arm and a leg (pun intended). Most seem to be specified for somewhere around 2500 m^2 and cost between 1-2k EUR. Going by these numbers I would need 4 of these to cover my yard which amounts to far more than I’m willing to pay for automating mowing.

It’s interesting that these robots seem to be really simple and do not contain much of anything.
They just drive randomly around the area that you have fenced with a perimeter wire and drive on the wire to get to the charging station when empty. There’s no navigation whatsoever and the only sensors are bumpers and tilt switches. Safety is achieved by having a rather weak cutter that has small blades and is hidden deep under the mower.
It’s supposed to be constantly cutting so it only has to nibble a couple of mm of grass each time around so having a weak cutter works out just fine.

I imagine the bill of materials for one of these won’t be more than ~300 EUR so the margins must be huge.

So in order to build an autonomous lawnmower you don’t really need much. One of my favourite DIY builds doesn’t even have a microcontroller.

I want to build something that actually navigates though so I will use GPS for navigation instead of the perimeter wire which will make my mower a bit more costly and complex to build.
High precision GPS however is an topic in itself so more on that in a separate posting later. 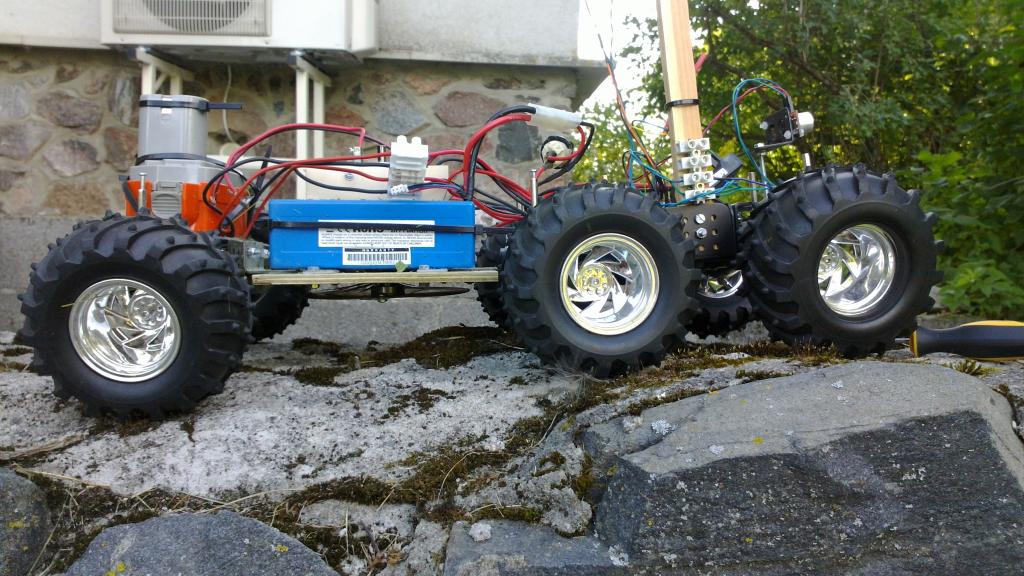 What I currently have is a simple radio controlled mower built around 6WD Wild Thumper platform that I had lying around. I also plan to use assortment of other sensors that I happen to have. While in total these components cost as much as a good commercial mower the result will also be far more interesting and since I have acquired these components over many years the cost is mostly long forgotten.
If i get it running as well as I like then I will try to build the next version from cheaper components and materials.

For the first cutter prototype I just attached a couple of blades to the largest server fan that I could find in the scrapheap: 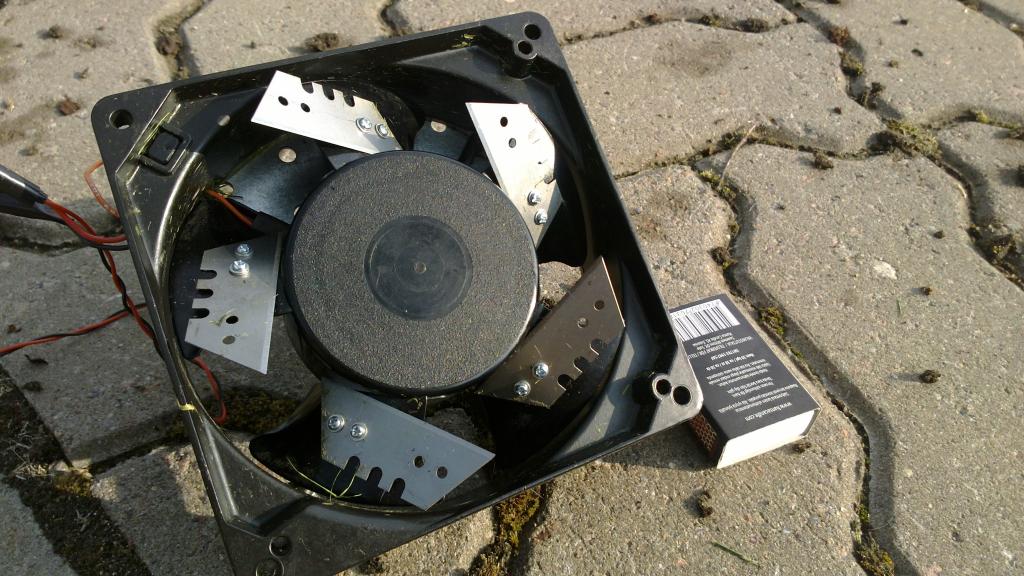 While it looks evil it didn’t cut all that well so it was back to the drawing board.

Next I used a really powerful cordless drill motor with a blade holder disk cut out of aluminium sheet. 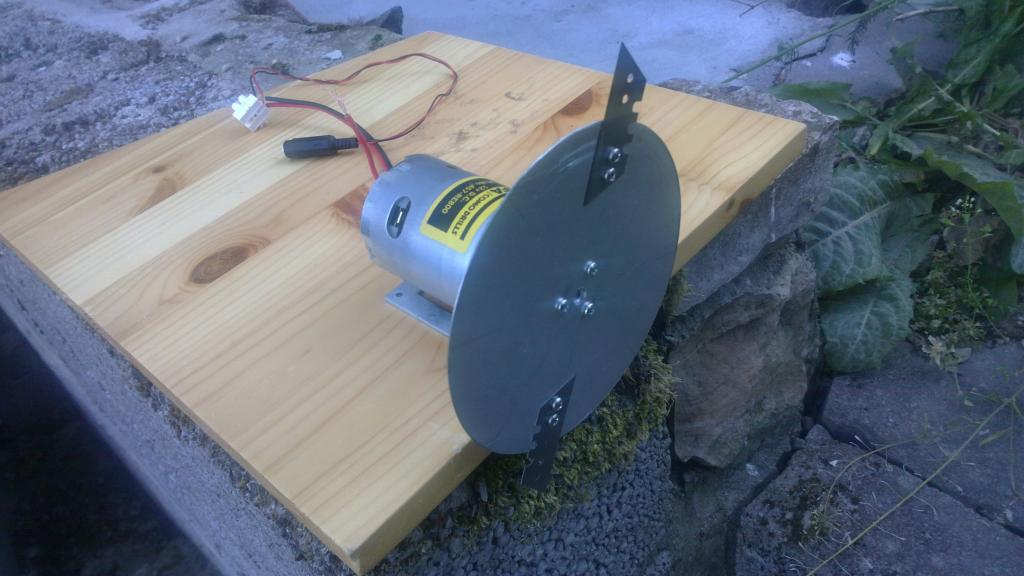 I have no idea what these blades are really meant for but they are rather cheap and available in most local hardware stores.
This cutter proved to be really effective and can easily cut even long grass.

So all I had to do was to create a mowing section for my Wild Thumper chassis: 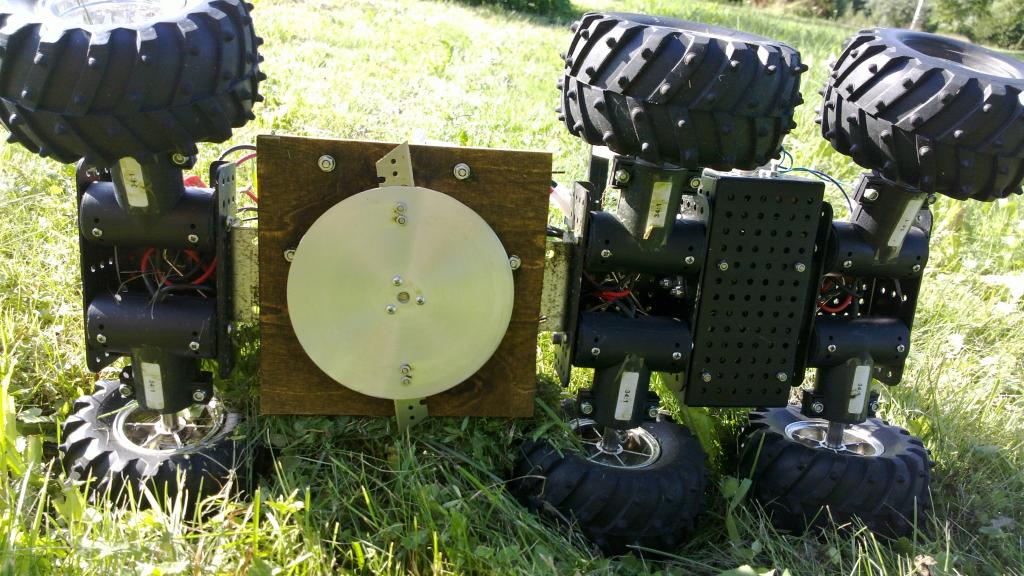 Here’s a video of the first mowing test which went far better than I expected: