I did a bunch of hardware modifications to my bot over the weekend to make it more sturdy and to get rid of most of the loosely connected wires and the separate proto board. This is what the current iteration looks like: 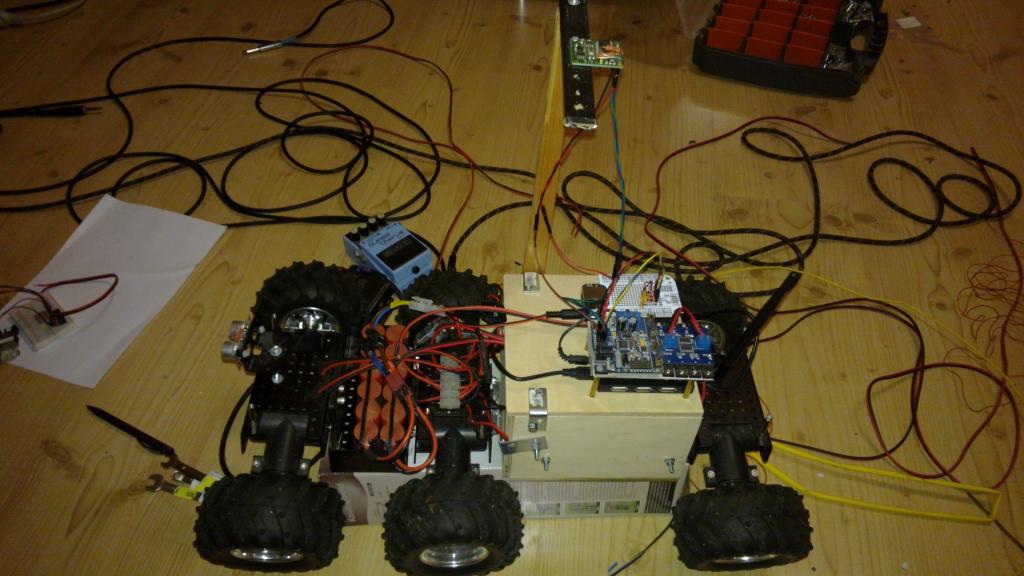 The main changes are:

With that the platform is stable enough that I can actually concentrate on the navigation. On that front I set up an RTK-GPS solution with RTKLIB and couple of borrowed u-blox LEA-6T evaluation kits.
This is how my ad-hoc base station looks like: 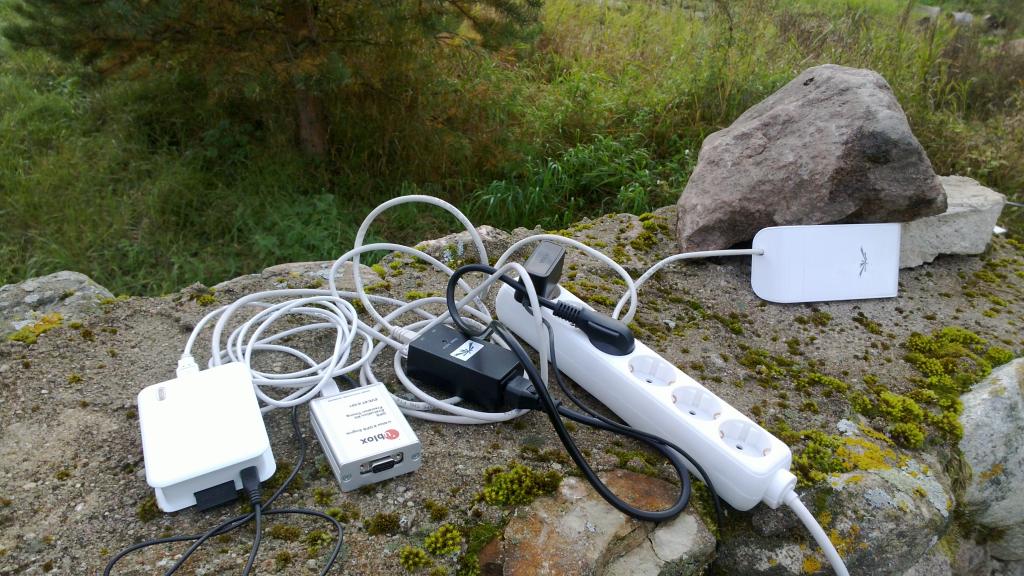 This is what the signal levels look like in RTKNAVI: 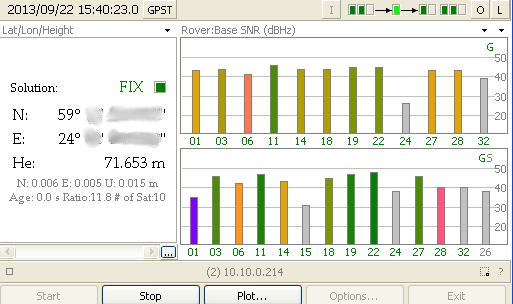 To get a good set of waypoints for testing the robot I walked a couple of times up and down my driveway: 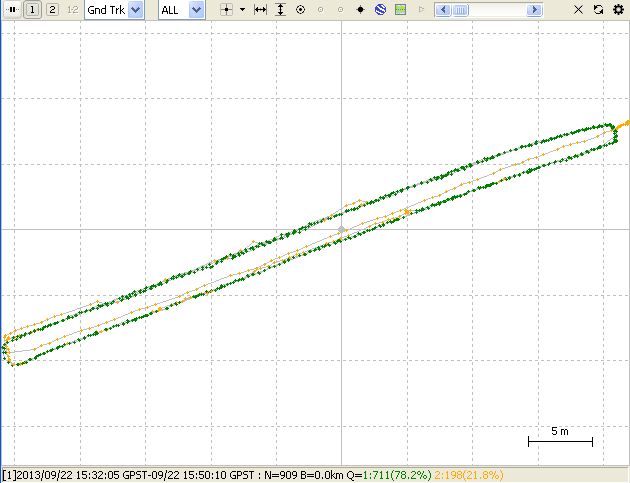 The yellow dots show the FLOAT solution and the green ones show where I had the FIX solution. Basically getting the FIX solution is more precise and means the calculations that RTKLIB does, lead to a single unambiguous solution at these points.

Zooming in we can see that the points from different times are at most about 20cm apart which is really good considering that I was just trying to walk in the track of the car wheel and certainly veered off a bit at times. 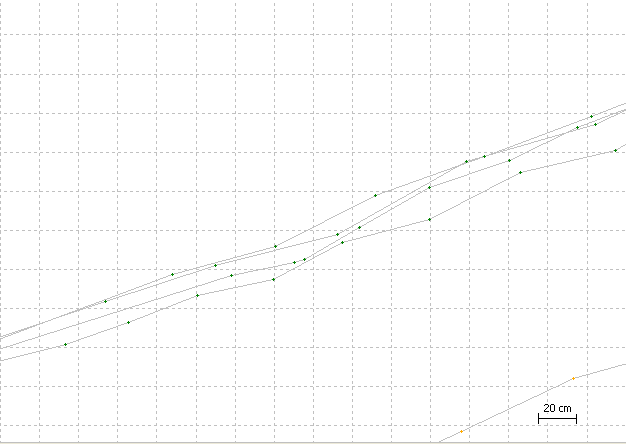